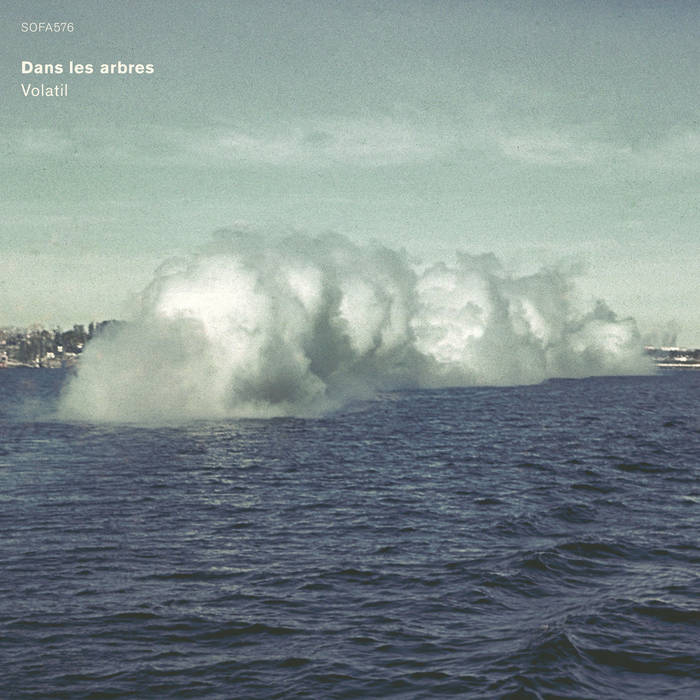 "(When) is there a beginning? Exhalations and churning. A drop, falling, the distillation of a sounding-thought-action, entry and exit. Wood is a stopping sound, absorbent, sprung, splintered or yielding; metal is an extending sound, surfaced, calling. They speak across volumes of air, fluttering back and forth, exchanging softness and brittle edges, decays and quiet steps.

Ratchets and alarms are heard among the trees, crackle and creature squeal. An antler probes, pushes; a twig snaps; a sucker opens, undulates, grips; an arrow pierces air, stabs through nothingness. Sinuosity meets detonation, long curves entwining the woodpecker, the exploding seed pod, the fall of ripe fruits and dry leaves onto a twilight floor. Footprints are audible, if only through the heart rate of the listener.

What was once beautiful in its correspondences, its telegrams and thought beams of sound matter, pulls inexorably to a new place of cries and whispers. Now sound is illumination and time, weightless and clear without markers or sharp edges, prising open the stickiness of things, dying light rattled by shadows. Like birds of giant beaks, ritual dances, iridescent wings, harsh cries, sudden flight, the delicate placement of anisodactyl toes into wet mud as if writing secret spells and formulae for decipherment in a distant future, a swarming comes into being, its undulations and intensities gradually obscured my mists and vapour. The hours are held as if time is visible, a sponge to be squeezed and stretched in the hands, gently releasing moisture, giving itself to new shapes. Without water there is scrub and desert, dry cuts and releases, hard vertebrae, prints in dust, thin emissions from the ears. Spiders scuttle over rocks through folds of night. Like monstrous crickets, the trees stridulate, their music ancestral and mysterious. There is no magic without the question of an ending with no end." – David Toop


Their fourth album, “Volatil”, is documenting Dans les arbres for the first time in a live situation. The ensemble’s previous albums; “Dans les arbres” (ECM, 2008), “Canopée” (ECM, 2012) and “Phosphorescence” (HUBRO, 2017) are all recordings made in a studio or on location. “Volatil” is an unedited live performance from Teatro San Leonardo in Bologna (Italy, 2018) – a recording that captures the work of the ensemble in its natural habitat. “Volatil” is a strikingly well-documented example of the quartet’s capacity to shape hour-long intense musical dramas. The listener will recognize this significant sound-world, which has been praised worldwide.

Special thanks to Luca Vitali and Massimo Simonini

Their world of sounds and the fine sense of communication, lead to collective playing and spontaneous group-composing named to be in a “class of its own”. ... more

Bandcamp Daily  your guide to the world of Bandcamp

Serena Cherry debuts her black metal project, plus a Pick from the Crypt block from Svalbard